Alan November was in town this week for some events hosted by the Kentfield Schools and the Marin Parent Education Group. He shared with us some of his thoughts on a wide range of new technologies in learning.

One of his most interesting lessons incorporated Google Operators for effective ways to conduct pinpoint accurate Internet searches.

November used the real world example of an American high school history class researching the difference between the way we teach about the American revolution and the way British schools teach it. More about this in a minute.

As luck would have it this weekend I happened upon a 2010 TED talk by Sir Ken Robinson.

Being viewer number 4, 721,516, I was aware of the fact that Sir Ken is an important speaker for a variety of movements intended to impact, change, and even revolutionize education. 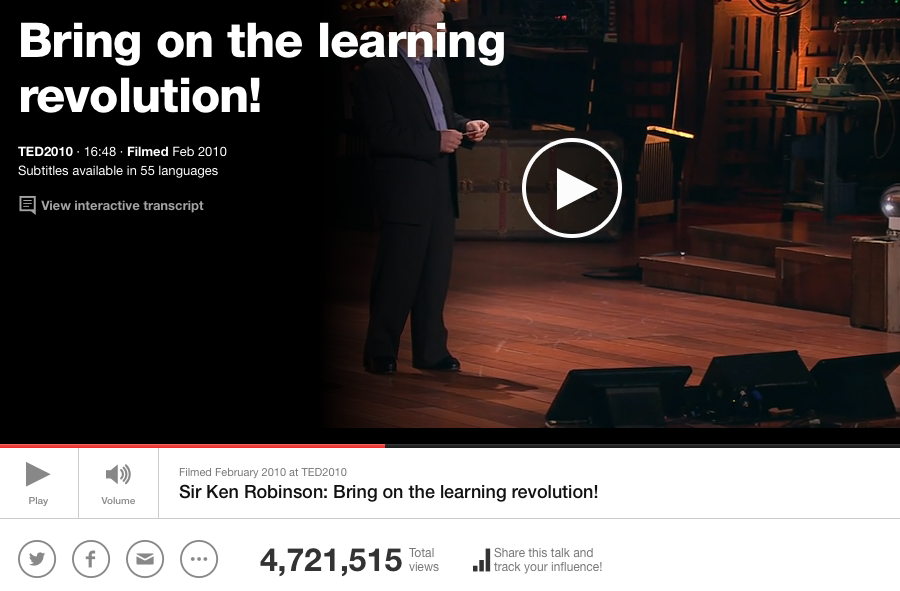 Most of what I get from Sir Ken's talks is a call for a more kind and gentle educational system. I believe he wants a system that differentiates learning and takes into account the variety of abilities learners bring to the process.

However, near the end of this talk, Sir Ken also explicitly states the integration of technology is critical to the success of any attempt to revolutionize education.

"In this room, there are people who represent extraordinary resources in business, in multimedia, in the Internet. These technologies combined with extraordinary talents of teachers, provide an opportunity to revolutionize education. And I urge you to get involved because it's vital not just to ourselves but to the future of our children."

"One of the real challenges is to innovate fundamentally in education. Innovation is hard . . . it means challenging what we take for granted . . .  things that we think are obvious. The great problem for reform or transformation is the tyranny of common sense. Things that people think, well, they can't be done any other way because that's the way it's done."

To make his point Sir Ken tells the audience that he came across a great a quote from Abraham Lincoln who said change was necessary and important at the time.

He quoted Lincoln who said:

“The dogmas of the quiet past are inadequate to the stormy present. The occasion is piled high with difficulty, and we must rise with the occasion. As our case is new, so we must think anew and act anew. We must disenthrall ourselves, and then we shall save our country.”

Sir Ken states "I ought to explain that I have no idea what was happening at the time. We don't teach American history in Britain. We suppress it. So no doubt something fascinating was happening in December 1862."

To me this comic interlude that got the audience laughing seemed like an odd statement. It got me thinking that maybe Sir Ken actually should know what was going on at the time of Lincoln's speech. What exactly was Lincoln talking about and why was it so important?

So I went to the Google Operators Alan November taught me and started searching. In no time I had downloaded the Papers and Writings of Abraham Lincoln from Project Gutenberg.

Project Gutenberg was the first online e-Book provider. All their resources are available free. I was able to download the complete writings of Abraham Lincoln. Once I got it into my e-Book reader, I was able to search for the quote Sir Ken read to his audience back in 2010.

Nearly nine score years earlier Lincoln was addressing the United States Congress during a time of Civil War in America. In the first few pages of the speech Lincoln states:

“The treaty with Great Britain for the suppression of the slave trade has been put into operation with a good prospect of complete success. It is an occasion of special pleasure to acknowledge that the execution of it on the part of her Majesty's government has been marked with a jealous respect for the authority of the United States and the rights of their moral and loyal citizens.”

It seems to me that the suppression of this information was merely a convenience in order to use the other quote to make Sir Ken's point about change in modern times. While this point is a right and good one, I suspect that it's most probably just another example of how history tends to be used only when it's convenient to the argument one is trying to win. 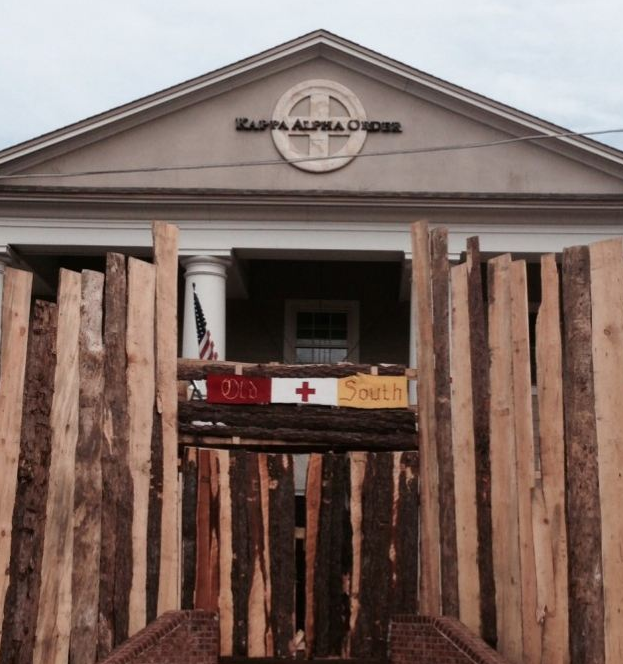 Today I came across an item on my Facebook timeline talking about students at the University of Alabama who defeated an attempt to integrate white only sororities.

In my mind Lincoln is one of the greatest people that every lived. Not only was he a fantastic writer and orator, more importantly, he was able to predict the future. With his words he told US, the people of today and the people of tomorrow, what we needed to know to make this world a better place.

Unfortunately, despite the existence of the most powerful information technologies of all time, we the people, continue to fall short of what Lincoln hoped we would become.

I wished Sir Ken would have read the end of Lincoln's speech which he closes by saying:

“Fellow-citizens, we can not escape history. We of this Congress and this administration will be remembered in spite of ourselves. No personal significance or insignificance can spare one or another of us. The fiery trial through which we pass will light us down in honor or dishonor to the latest generation. We say we are for the Union. The world will not forget that we say this. We know how to save the Union. The world knows we do know how to save it. We, even we here, hold the power and bear the responsibility. In giving freedom to the slave we assure freedom to the free—honorable alike in what we give and what we preserve. We shall nobly save or meanly lose the last, best hope of earth. Other means may succeed; this could not fail. The way is plain, peaceful, generous, just—a way which if followed the world will forever applaud and God must forever bless.”

Posted by Brad Lakritz at 11:16 PM No comments: