All The News Isn't Much Fit to Print Anymore 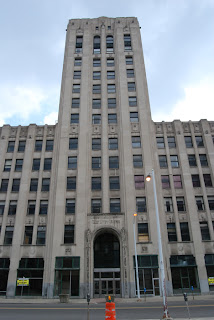 During my recent trip to Detroit I passed by the former home of the Detroit Free Press. Like so many other buildings in Detroit this one was boarded up thanks to the decline in the economy.

Raise your hand if you still read a newspaper . . . I didn't think so. It should be no surprise for people to learn about the continued shrinkage in media outlets. Despite the big business that is the broadcast and publishing media industry the news and information component of this important sector of our society is sadly disappearing.

Advertising continues to be the major income for news outlets but this is a diminishing world for publishers. Revenue for American newspapers fell 6.3 percent in 2010 as compared with the previous year which was the worst on record according to the Newspaper Association of America. This occurred in a time when overall advertising increased especially in Television which went up by more than 10 percent last year. 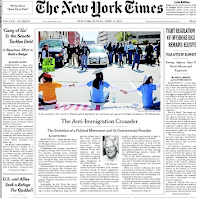 As a sign of the times, the New York Times recently announced fees for readers of their online edition. With the overall decline in ad revenues for the print and electronic versions of newspapers, the Times decided it needed to charge fees for web readers to view their content.

In his presentation to employees about the fees, NY Times Chairman Arthur Sulzberger Jr. called the move an investment in the future of the company and the overall existence of journalism itself. "It will allow us to develop new sources of revenue to support the continuation of our journalistic mission and digital innovation."

Matt Smith, columnist with SF Weekly wrote this week about the massive reduction in the number of people in the bay area working at newspapers. According to Smith, Bay Area newspapers cut almost 50 percent of their staff between 2001 and 2010 which compares to newsroom staffs around the country that declined by just over 36 percent.

"We are the eyes and ears of our society" Smith quotes David Weir, Co-Founder of the Center for Investigative Reporting. In the same breath Weir hopes that Americans don't "decide it is better to be blind and deaf than informed."

A few years ago I wrote a short piece referring to comments by Orville Schell who talks about how America was built on the idea that the success of Democracy depends upon an informed population. My question today is are we increasingly removing ourselves from the information we need to be useful, active, and participating citizens in America today?

The long running New York Times motto is "All the News That's Fit to Print." If their business revenue declines to the point where the paper is no longer viable, who will do this then?

May 1, 2011  Addendum -
This week President Barack Obama gave a speech at the White House Correspondents Dinner in which he made the following remarks:

"You know, in the last months, we’ve seen journalists threatened, arrested, beaten, attacked, and in some cases even killed simply for doing their best to bring us the story, to give people a voice, and to hold leaders accountable. "

"And through it all, we’ve seen daring men and women risk their lives for the simple idea that no one should be silenced, and everyone deserves to know the truth."

"That’s what you do.  At your best that's what journalism is.  That’s the principle that you uphold.  It is always important, but it’s especially important in times of challenge, like the moment that America and the world is facing now. So I thank you for your service and the contributions that you make."

"And I want to close by recognizing not only your service, but also to remember those that have been lost as a consequence of the extraordinary reporting that they’ve done over recent weeks.  They help, too, to defend our freedoms and allow democracy to flourish."
Posted by Brad Lakritz at 2:25 PM No comments: